Lola Morell, my granddaughter, was reading Counting by 7’s when the extended Kast family assembled for the seventh time last week on Martha’s Vineyard. Seven, fourteen …it’s hard, but no harder than explaining how and why we convene, fourteen of us this year. We have the usual measure of jobs lost or found, divorces threatened or accomplished, lovers abandoned or sought, babies borne, illnesses survived. Most of us share a last name, but there the common features end. Some travel all night to spend two days. Some come once or twice and not again. Some stay the week. Some swim. All cook. Most men play chess at night and sleep by day. This year they did the dishes daily.

Perhaps the family’s origin in conflict knits our shaggy group together. I was the third wife of Eric Kast, an Austrian Jew kicked out in 1938. The sons of his first two marriages married once or twice and produced four children altogether. My bio-children total three, with three grandchildren from the lot. We are four generations in this photo, from me, the oldest, seventy-six, to Avi, seventeen months.Avi’s dad, at forty-one, is five years older than his aunt, my youngest daughter, Erica.

Seven years ago I wished for a reunion for my 70th birthday. Thrown together, far from land, the family sensed utopia, a noplace where the days lacked names, and hours took a break. It’s still that way for me, but my time out is located in a very real and complicated place—an island threatened by drowning in the rising waters of its sea as well as the rising prices of its land.

For others in our group, the towns, wild lands and beaches of the island are still terra incognita, the week delimited by a room, a chess board and a bed. Forty-two, forty-nine, fifty-four.  Our distinct interests lead us on separate paths. I think this is what keeps us coming back.

Sasha and Erica on Sengekontacket Pond 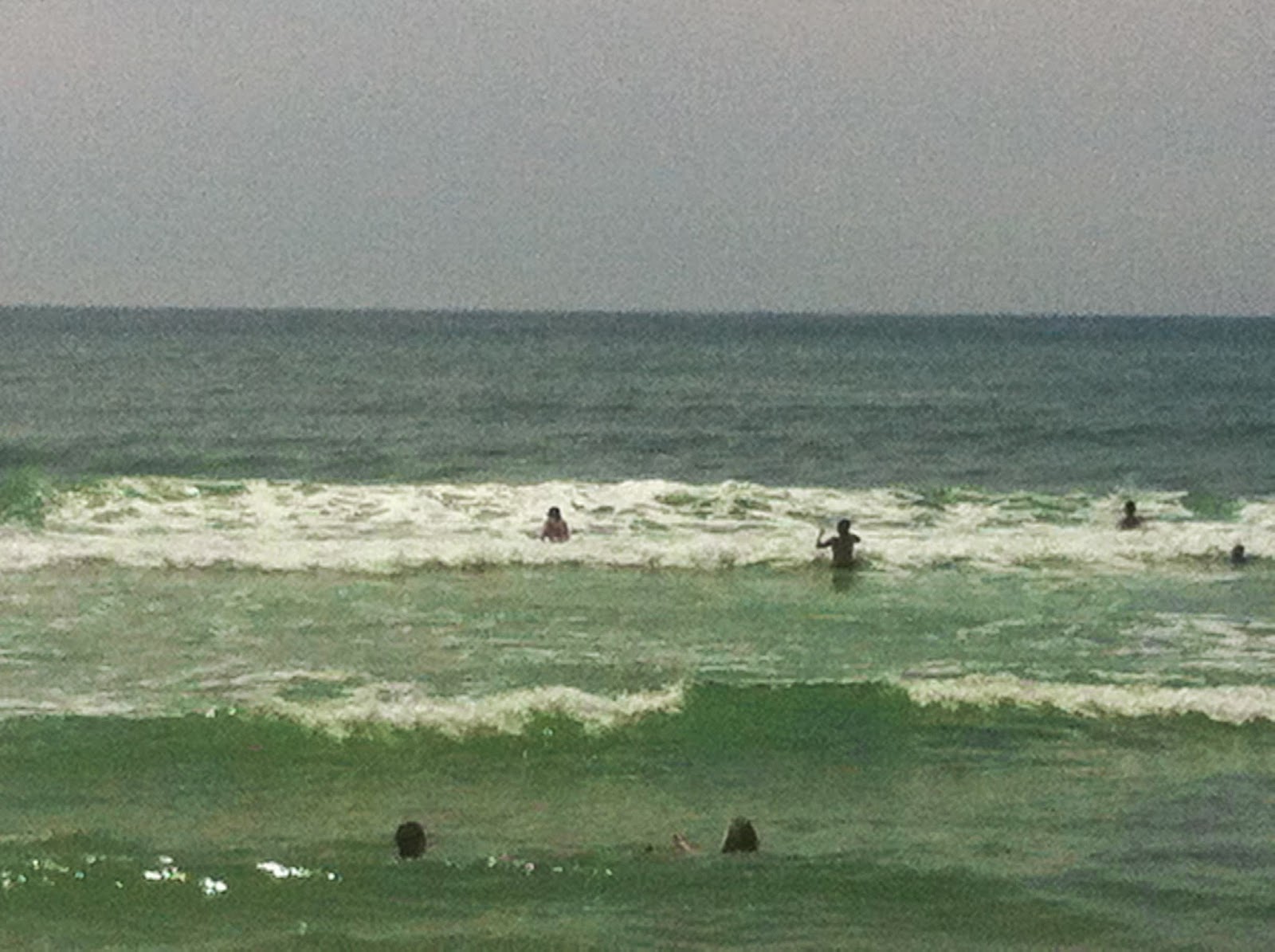 Erica and Kim the furthest out at Longpoint Beach

I am the author of The Crack between the Worlds: a dancer's memoir of loss, faith and family, one of Image Update's Ten Best of 2009. My first novel, A Free, Unsullied Land, was published by Fomite Press. I am a Board member of Links Hall, an incubator and presenter of dance and performance art.